Those of you out there who aren’t yet constipated on a steady force fed diet of generic, just-add-water-makes-its-own-sauce media and regularly visit the Dunny will be well aware that our principle objective is to expose liars, bullies and extremist nuts. More often than not, as in today’s case, all three are rolled into one vicious, ignorant and cowardly beast. What sets this example apart from the usual smirking culprits of social malaise we routinely out here, is the depth of negligence and stupidity of this perpetrator, matched with its depth of unmitigated malice and craven underhandedness.

Why, with a cocktail of pus like that in the shaker, the list of potential candidates is short. As a matter of fact, it’s a list of one; our dear old smut busting, witch burning, sexploiter hunting chums from Stop Demand Foundation have returned to claim another fifteen minutes of shame as the 2013 Supreme Inquisition Innovation award winner. Their hysterically fornicator focused founder Denise Ritchie scoops up an additional Friendly Fire depleted uranium belly piercing stud for demonstrating outstanding ability in completely discrediting her own cause. Confidential sources inform us that Denise may well yet be expecting further shock results from her record breaking attempt to lower the bar further than ever before-although how this bigoted fanatic was ever allowed into law school, let alone anywhere near the bar must be God’s own private mystery.

Without any further ado, let’s have a look at the latest gargantuan gaffe committed by the goofy gang at SDF in the name of higher moral standards and saving NZ womanhood from a sex slavery epidemic hitherto unknown to mankind.

Unknown to the staff at The Abbey Kitchen & Bar in Greenlane Auckland, they were honoured by the custom of Stop Demand Foundation founder & anti sexual exploitation activist Denise Ritchie and her friend for coffee on Monday. Ms Ritchie’s identity remained unknown to them because she chose not to reveal herself to them, nor pass comment on any issue she may have with the establishment.  It wasn’t until tidying table settings once Ms Ritchie and her companion had departed that staff noticed unauthorised flyers secreted in the restaurant’s wine lists. It was then that the truly bizarre nature of what had occurred  transpired. In examining the flyers, staff were perplexed and disturbed to find they featured a photograph of, and message of moral outrage regarding the functional sculpture urinal in the men’s lavatory. Added to the impact of this was the baffling inference that the restaurant and its company of staff were guilty by association of the sexual exploitation of women and children.

Evidently, much to the owner’s surprise when told so the following day by SDF , the artist had not created the piece analogous to the logo of rock and roll group The Rolling Stones everyone had until now, believed. It was originally intended that the pop pissory would provide a quirky twist for visitors to the restaurant’s men’s room, instead, the Stop Demand inquisitor gravely informed her, the artist had deliberately formed the urinal to very clearly resemble a woman’s mouth, which, the inquisitor had been appalled to discover, created strongly perverted sexual urges of a violent nature when urinated into . Further to that, the inquisitor told her, she and her establishment were complicit in a dearth of sexual abuses and acts of white slavery that the horrific head-like homunculus had indubitably precipitated in the duration of its wickedness in The Abbey Kitchen & Bar men’s toilet.

This effectively put the owner Ms Micha Wijeyaratne in a situation whereby she must choose between the dictatorial demands of a fringe minority with extremist views or suffer real and ongoing damage from SDF’s social media campaign to the business she has painstakingly built up over many years. Note also, the campaign was now also drawing a flood of vicious, hateful Facebook postings, emails and phone calls directly to the restaurant from cranks and lunatic zealots primed in advance by Stop Demand. The staff of The Abbey were exposed to this mob mentality, with strangers threatening violence and verbally abusing them constantly.

The Abbey employs several young women, the youngest of whom are only seventeen. These poor teenagers-part of the very risk group Stop Demand claims it exists to protect-were terrified and traumatised. A place that had previously been safe, suddenly became a place of fear and potential violence because of SDF’s, illogical & grossly irresponsible vigilante actions. They were terrified because Stop Demand had deliberately incited its supporters to harass them with messages of hate and violence justified by the design of a toilet that SDF had redefined as an abomination.

Let’s break this down: Based on their arbitrarily condemning an artistic fixture that had been a part of the restaurant for eight years without complaint- a component of its branding even-Stop Demand, felt entitled to extort a commitment from Mrs Wijeyaratne to comply with their irrational demands or they would damage her business-possibly destroy it entirely. There is no grey area here, what Stop Demand initiated here was by definition, an act of terrorism.

Having doggedly dueled demented Denise historically, this correspondent knows to expect ill conceived, strategically stupid and flakily executed attacks from Stop Demand. They are confused dilettante activists, tangled in their own middle class sensibilities. Their haphazard, randomly targeted attempts to appear viable are resultant of the organisation’s impotence to actually interfere with and make any effective impact on the primary adult entertainment industry- who if anything, should surely be their moral priority.

These businesses have put in place comprehensive legal countermeasures against Stop Demand, and any other loose cannon PC pirates naive enough to challenge them, based on the fact that they are legitimate tax paying entities and need not suffer temperance era sanctimony and superficial tampering. Simply put, these guys have the legal muscle and financial clout to crush opposition,so SDF stay clear of them and pick at anything that can’t defend against them instead. This is why they ineffectually and randomly fret away at businesses who have little or no relevance to the sex industry, businesses like restaurants and magazine publishers.

Stop Demand therefore justify the community charity funds they exist on by harassing and bullying safe and easy targets. Case in point a hard working restaurateur and her tight knit extended family of twelve female staff. What really beggars belief in the Abbey Kitchen & Bar case is the lack of due diligence or preliminary fact finding efforts made by this group about The Abbey before they so savagely and sneakily attacked it. To begin with, Mrs Wijeyaratne is a woman who embodies feminine strength, she has built a leading restaurant & bar by merit of her brains, hard work, resilience and nurture. She has also created a place where a dozen young women grow their skills, independence and confidence in a safe environment while being provided with leadership thus providing them an environment to develop to their full potential. Micha Wijeyaratne should have been lauded as a champion of the spirit and ability women have to not become victims by Stop Demand, but instead these venal, destructive bigots shamefully attacked them remotely in a manner they had no defence against.

The lunacy of this mean, devious act is compounded further by the aspect extant that Stop Demand have obviously decided their vague mandate now extends to censorship of art, for the dunny at the centre of today’s Dunny diatribe is incontestably art. The SDF has now reached a point of ideological departure that they cannot return from. By what rule do they now distinguish what is pornographic or sexually exploitative material, or to what degree? If they feel they can overrule the artist’s definition of his/her work with their own moral designations then it is only a short matter of time before the libraries are targeted for stocking Henry Miller’s works, or the art galleries closed for showing nudes.

This current savage demonstration of Stop Demand’s sprawling fundamentalist agenda renders it a threat to the very society it claims to protect. Another Kristallnacht just waiting to happen.

By all means people, support the evolution of a sexually liberated, non violent and enlightened society. The future of our race depends on it in fact. At all costs however, beware of those who point their fingers in moral judgement, for it is usually they who have the most to hide. It was after all Stop Demand who managed to take a simple toilet trip and turn it into into a sexual perversion based on urinating in a woman’s mouth. The empty can rattles the loudest. 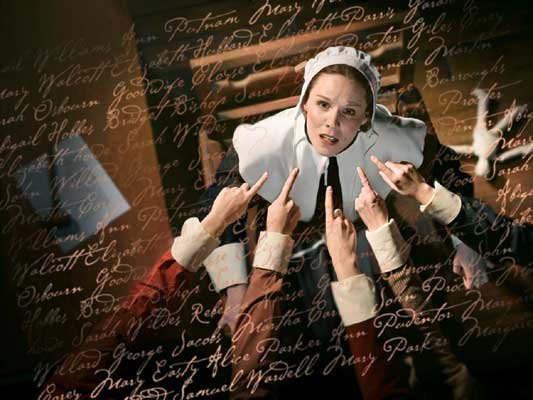 The Abbey Kitchen & Bar is on 510 Great South Rd, Greenland, Auckland. Head down there and show some support for these wonderful people and the humanity they abound in.